Wuhan Brewery To Achieve Carbon Neutrality In 2021, Becoming The First Brewery Globally From AB InBev’s Companies To Achieve This Milestone

On June 3rd, Budweiser APAC celebrated 2021 World Environment Day event by announcing that our Wuhan Brewery will become the first Carbon-Neutral brewery globally in AB InBev’s family of companies to achieve this milestone and will achieve that milestone before the end of 2021. 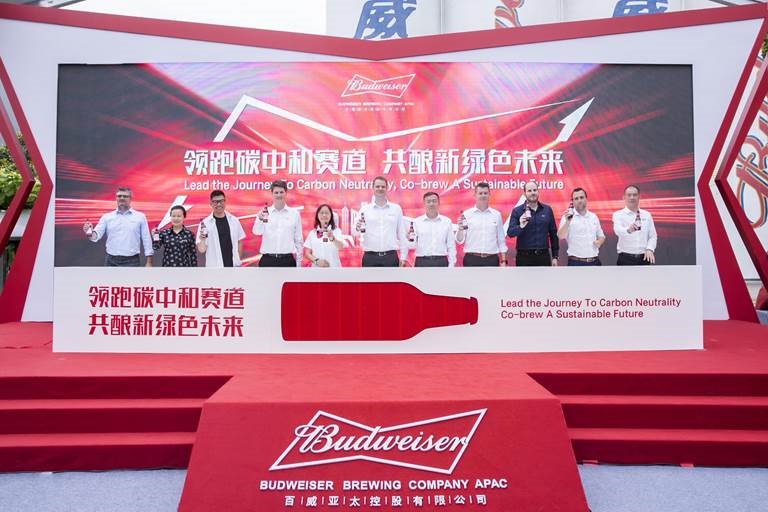 Participants toasting to Carbon Neutrality at the Wuhan Brewery

This event also received high attention and support from key stakeholders including local governments, industry associations, NGOs and related partners. Xu Li, Secretary of the CPC Hanyang District Committee; Yan Zhongning, Director of the Wuhan Bureau of Ecology and Environment; Zhang Jianmin, Deputy Director of the Wuhan Bureau of Economy and Informatization; Wan Lei, Executive Deputy Governor of the Hanyang District People's Government; Li Li, Member of the CPC Hanyang District Committee; He Yong, Secretary-General of China Alcoholic Drinks Association and Chairman of Beer Branch; Wang Deliang, Deputy Chief Engineer and Brewing Department Director of the China National Research Institute of Food & Fermentation Industries, and representatives from Huaxing Glass, as well as NGOs including the United Nations Development Programme, the World Wildlife Fund, the World Resources Institute, the Rocky Mountain Institute, The Nature Conservancy, and the Chinese Renewable Energy Industries Association joined us at the Wuhan Brewery and expressed their high recognition and warm congratulations on the latest breakthroughs made by Budweiser APAC in the field of sustainability.

Xu Li, Secretary of the CPC Hanyang District Committee, remarked: “With a 25-year solid foothold in Hanyang District, Budweiser’s Wuhan Brewery is certainly a leader of the district’s industrial enterprises. Over the years, it has made outstanding contributions to the district’s economic and social development. Now further upgraded, Wuhan Brewery will become not only Budweiser’s first carbon-neutral brewery across the globe, but also the first of its kind in Hubei Province, therefore setting a good example for the green transformation and low-carbon development of local manufacturers. As always, Hanyang District will offer our utmost sincerity as well as best services and policies to assist Wuhan Brewery in seeking innovation and green development, strengthening product development and expanding production capacity, so that we jointly build a star brewery for both the Chinese and global brewing industry.” 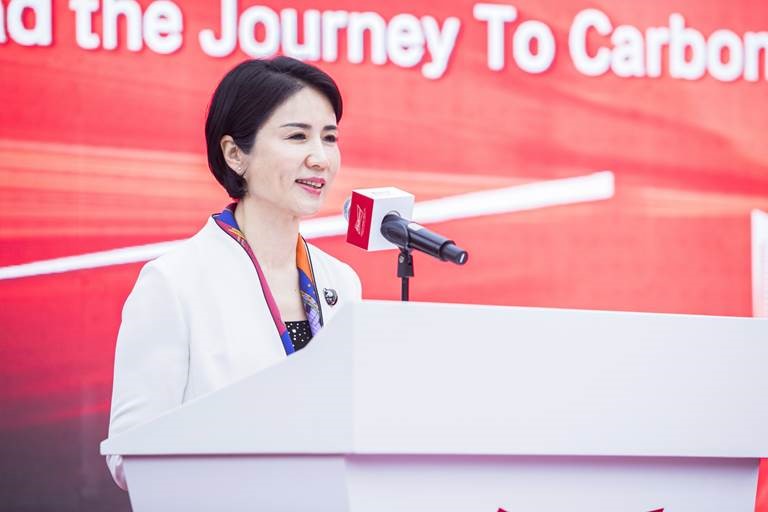 Strong advocacy from the Wuhan government to this milestone event

Jan Craps, Co-Chair and CEO of Budweiser APAC, noted: “At Budweiser, sustainability is our business, so we’re firmly marching towards our 2025 Sustainability Goals. Given the backdrop of China’s nationwide participation in building ecological civilization, we hereby solemnly commit that in 2021, Wuhan Brewery is committed to achieving AB InBev's first carbon neutral brewery globally. And in the future, we will do all we can and leverage concrete actions to facilitate China’s ‘30•60 Goal’.” 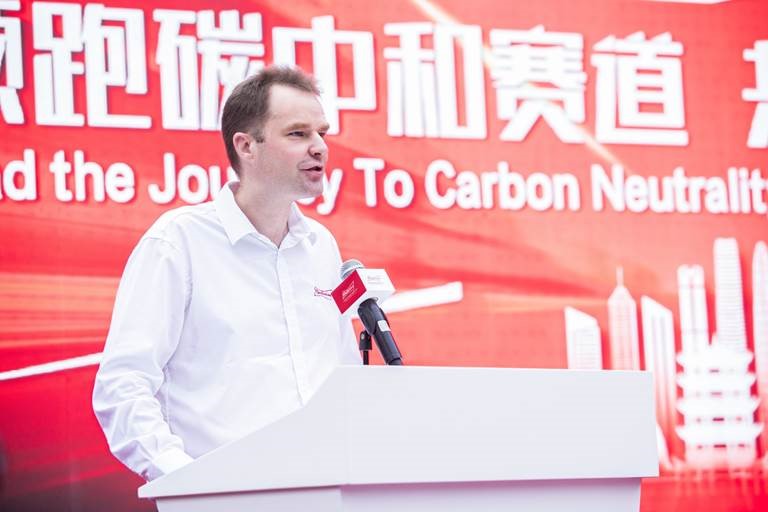 At the celebration, Hanyang District government and Budweiser APAC signed an agreement over the “Carbon Neutral Brewery” strategy, with both sides strongly confiding in Wuhan’s carbon neutrality. AB InBev’s first "carbon neutral" beer, produced at Wuhan brewery, was also officially presented at the event. The fluid and glass bottles of the beer are both produced by renewable electricity. In addition, a unique packaging with “carbon neutral” words on it had been designed especially for World Environment Day. 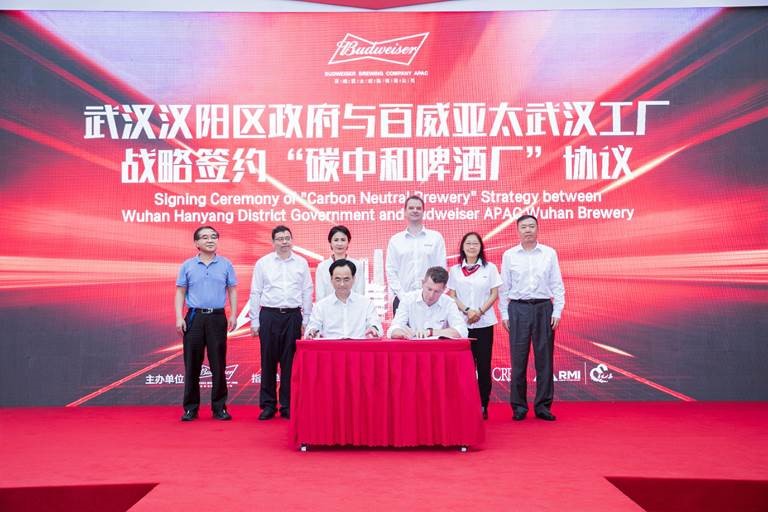 Jan Clysner, VP Procurement & Sustainability of Budweiser APAC, stated: "Budweiser will facilitate green development with carbon neutral beer, and contribute to Wuhan's green rise with carbon neutral brewery. In the future, we will work diligently with suppliers and industry partners to accelerate the Chinese beery industry’s modernization and transformation for more premium, smarter and greener development!" 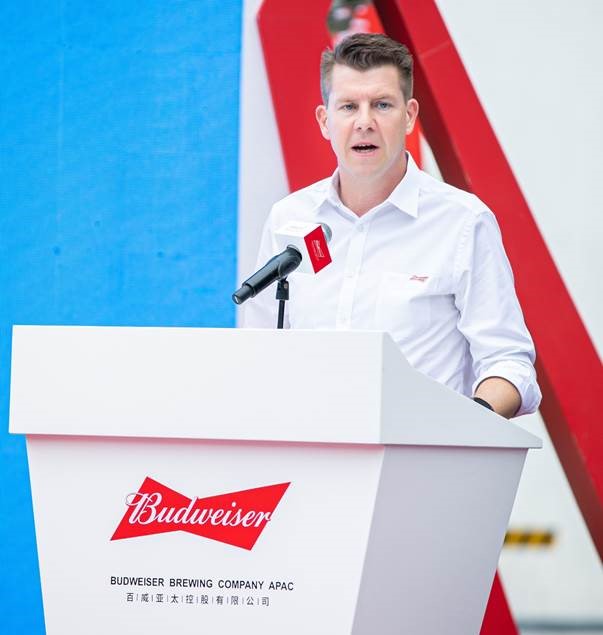 Matt Che, the Chief Marketing Officer of Budweiser APAC, stated: “Along with China’s consumption upgrading, consumers, on the one hand, seek more diversified, premium experiences, and, on the other hand, are more willing to pay for green, eco- friendly products. This is what we at Budweiser APAC have always advocated, to be a socially responsible brand that brings sustainable product options to consumers.” 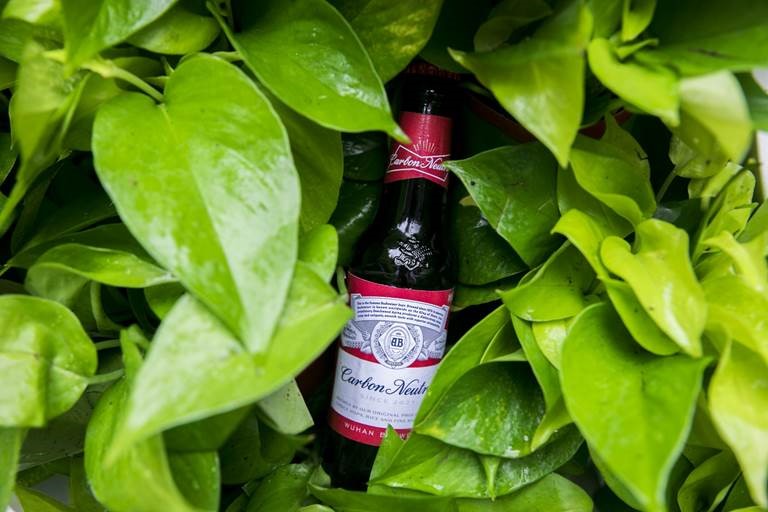 As a moment of levity on World Environment Day, Budweiser APAC also teamed up with a local stand-up comedy club to host a special comedy roast themed “How will we brew a green future at Budweiser APAC”. Loaded with inspirational ideas, talent from Have Fun Comedy and front-line employees and executives from Budweiser APAC one by one shared their thoughts on sustainable development with a humorous touch, as a way of expressing their confidence and determination to achieve carbon neutrality. 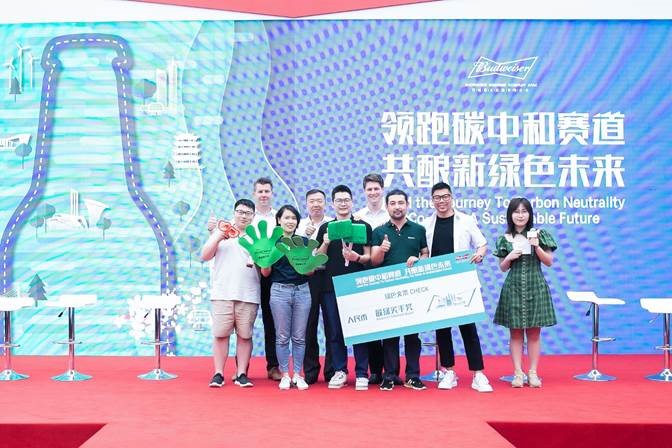 Comedians receiving their awards from the Comedy Roast Special

Budweiser APAC is moving fast towards achieving the “2025 Sustainability Goals”, by bringing partners together across the value chain to move forward together toward the goals. For example, as Budweiser APAC’s largest glass bottle supplier, Huaxing Glass implemented its first on-site solar project inspired by Budweiser APAC’s RE100 strategy, which helps cut packaging-related carbon emissions.

Fong Wee Kean, Deputy Country Director of the World Resources Institute, commented: “Carbon neutrality, now already a global consensus, will bring major changes to social development in the future. However, the development of a low-carbon society is never possible without involving corporates around the world, and Budweiser APAC’s achievements in the field of carbon neutrality provide positive references and implications for other companies. I hope that more corporates will embark on the carbon-neutral journey and shoulder more social responsibilities in advocating green development and building ecological civilization."

Budweiser APAC’s green initiatives were highly recognized by He Yong, Secretary-General of the China Alcoholic Drinks Association and Chairman of Beer Branch, who said: "As a leading brewer, Budweiser APAC shares ideas in sustainability that are consistent with ours. For years, Budweiser APAC’s efforts and contributions in terms of sustainability are impressive to everyone. And the completion of its Wuhan carbon-neutral brewery will provide a milestone reference for us to further optimize the Chinese beer industry’s structure and guide its transformation and upgrading." 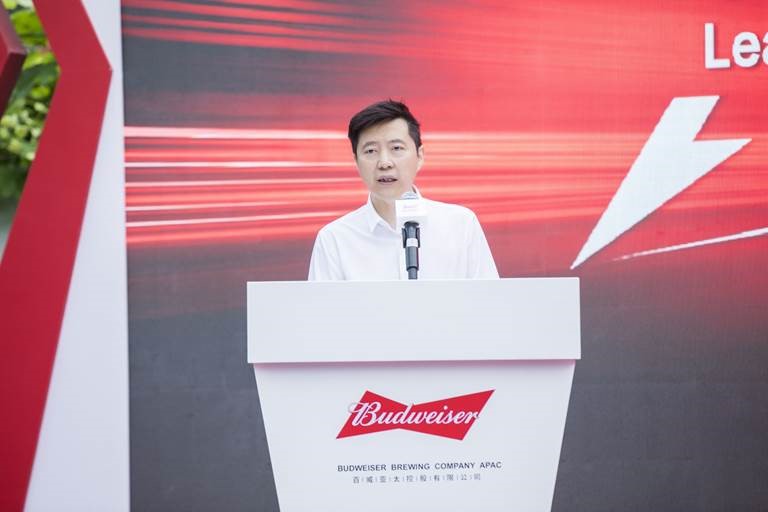 Every milestone achievement made by Budweiser APAC in the field of sustainability is only possible due through the work of our colleagues as we all work together to “Bring people together for a better world”!