Yin Li, Secretary of the CPC Fujian Provincial Committee, Met with Mr. Jan Craps, Co-Chair and CEO of Budweiser APAC, and His Delegation in Fujian

On the afternoon of May 31st, Yin Li, secretary of the CPC Fujian Provincial Committee, met with Mr. Jan Craps, Co-Chair and CEO of Budweiser APAC, and his delegation in Fuzhou, capital of Fujian Province. The provincial and municipal leaders were present at the meeting, including Zheng Xincong, member of the Standing Committee of the CPC Fujian Provincial Committee, secretary general and vice governor, Liu Jianyang, secretary of the CPC Putian Municipal Committee, Li Jianhui, mayor of Putian Municipal People's Government, Zhang Canmin, director of Fujian Development and Reform Commission, and Weng Yuyao, director of the Department of Industry and Information Technology of Fujian Province. The meeting was also attended by Y. J. Cheng, Chief Supply & Logistics Officer of Budweiser APAC, He Jianping, president of BU Southeast China, and Gracy Gao, Vice President of Corporate Affairs of Budweiser China. 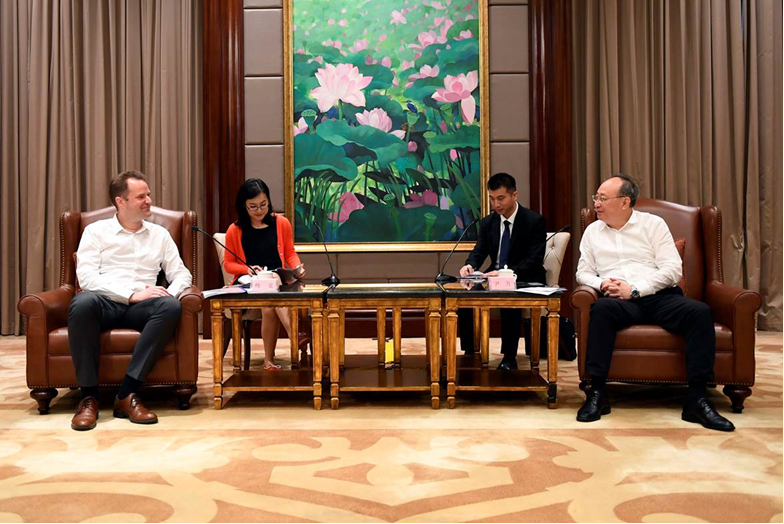 Mr. Jan Craps appreciated the strong support and assistance given by the CPC Fujian Provincial Committee and the Provincial Government to the development of Budweiser. As an honorary citizen of Fujian Province, he said, he has taken Fujian as his second hometown and finds it dear to him every time he has been in Fujian. In recent years, Budweiser APAC has established the world's leading manufacturing base, regional sales headquarters, beer museum and personalized Goose Island restaurant in Fujian, which have yielded remarkable results by leveraging the rapid economic development of Fujian. Budweiser APAC makes Fujian a priority investment location despite the pandemic, precisely because of the strategic relationship between the two sides. As a potential sector in the future, it is of great significance to arrange for the craft beer line in Fujian. In addition to creating a globally renowned category of craft beer, Budweiser APAC plans to make a local craft beer brand that blends with the cultural characteristics of Fujian and promote Fujian to the best of its ability. Also, Budweiser APAC will facilitate the local introduction of industry chain supporting projects, making greater contributions to the sustainable economic development of Fujian. 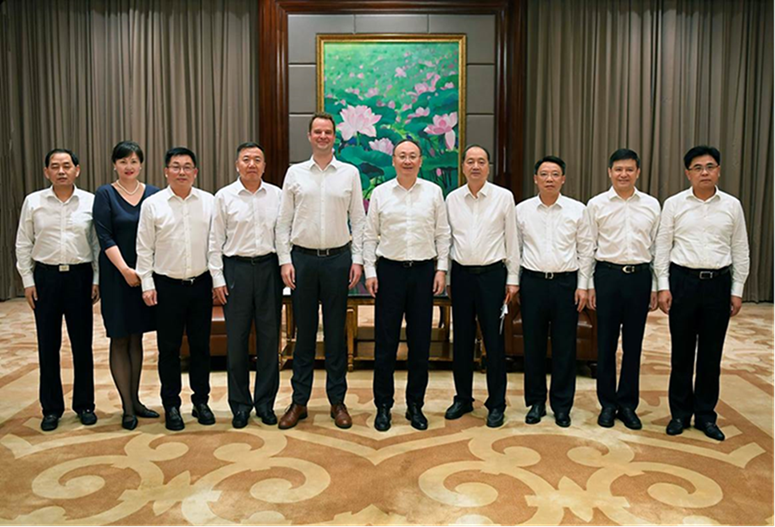 Secretary Yin Li extended his welcome to Mr. Jan Craps and his delegation to Fujian, as well as his gratitude to Budweiser APAC for its long-term efforts to invest and develop in Fujian and its contributions to Fujian. He highly appraised Budweiser APAC for its firm commitment to green development and its implementation of technological innovation and intelligent manufacturing. The growing economy and society of China have led to an expanding demand for consumer products such as beer and an increasing quality, said Secretary Yin. He expressed his hope that Budweiser APAC would continue to increase its investment in Fujian in response to consumption trends and market changes, introduce more international high-end beer brand production lines, extend and improve the upstream and downstream industrial chains, and effectively cater to diversified and personalized high-quality consumption needs, thereby achieving mutual benefit and win-win results between the enterprise and local government. Fujian will keep optimizing the business environment and strengthening the protection of intellectual property rights, aiming to ensure quality service and protection for enterprises growing in Fujian. 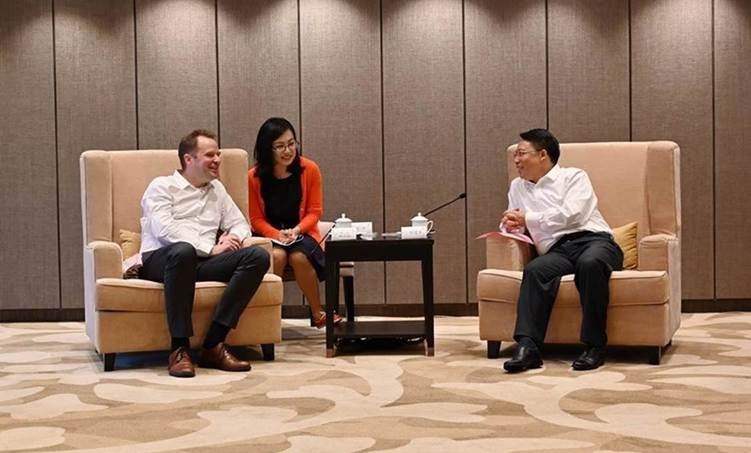 Mr. Jan Craps also shared with Secretary Yin Li in-depth views on the company's green development and the sustainable goal of hitting peak emissions and aiming for carbon neutrality. The advanced concept of Budweiser APAC and its corporate social responsibility were highly praised by the CPC Fujian provincial committee and the provincial government. 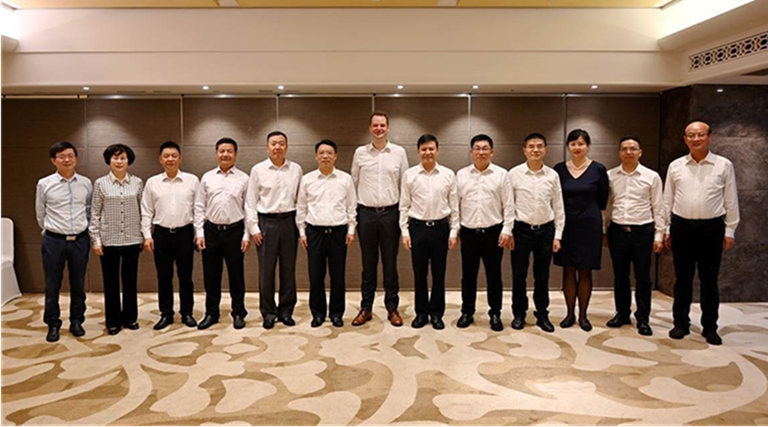 After the above meeting, Liu Jianyang, secretary of the CPC Putian Municipal Committee, and Li Jianhui, mayor of Putian Municipal People's Government, also had a special meeting with Mr. Jan Craps and his delegation in Fuzhou. The two sides had an in-depth interaction and exchange on carbon neutrality, supply chain layout, industry chain support, technological innovation, and beer town construction within the framework of the meeting with the secretary of provincial committee. In the meeting, Jan expressed that Budweiser APAC will expand Putian brewery’s capacity to be the biggest brewery in Asia, and that a second craft brewery is expected to be built in Putian.